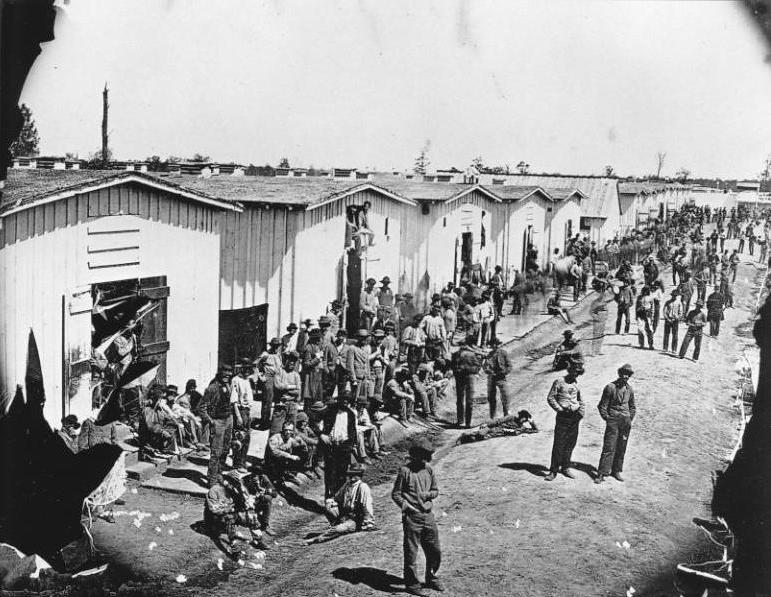 The Confederate cemetery in Columbus’s Hilltop neighborhood marks the place where, 140 years ago, a prisoner of war camp stood. At that time the location was well outside the city limits. In May of 1861 a Union military training ground was established here under the name Camp Jackson; by July of that year, when the first prisoners were admitted, its name had been changed to honor President Lincoln’s Secretary of State (and later Chief Justice of the Supreme Court), Hamilton County native Salmon P. Chase.

Camp Chase Historical Photo" data-count="horizontal" data-via="cbusneighbors">
Hilltop
This entry was posted on Thursday, August 1st, 2013 at 12:00 am and is filed under Photograph. You can follow any responses to this entry through the RSS 2.0 feed. You can skip to the end and leave a response. Pinging is currently not allowed.